Originally from Migliara of Casina, where he was born on 24 January 1962, Danilo Rossi started working at cheese factories as an apprentice in 1980.
Since 2005, Danilo has been working “alla Fornacione”, when he took over from the previous cheese maker, Quinto Magnani, after an illustrious 27-year career. 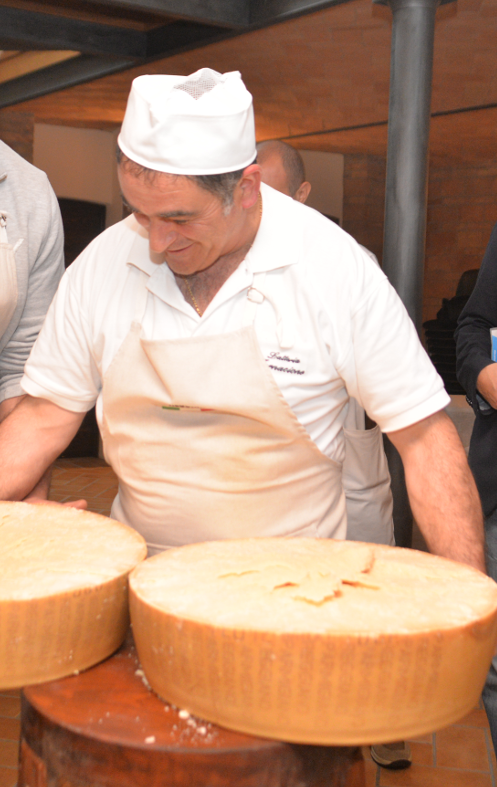 “In 2005”, explained Mr Rossi, “I arrived at Fornacione, having been told about this great opportunity by Quinto Magnani, the cheese maker who had worked at this dairy farm for 27 years and was retiring. It was a great honour for me to apply to work as a cheese maker at Fornacione”.

“I have always believed in the potential of Fornacione, I have tried to give my best in everything I have done and I have been repaid for the sacrifices I have made”. 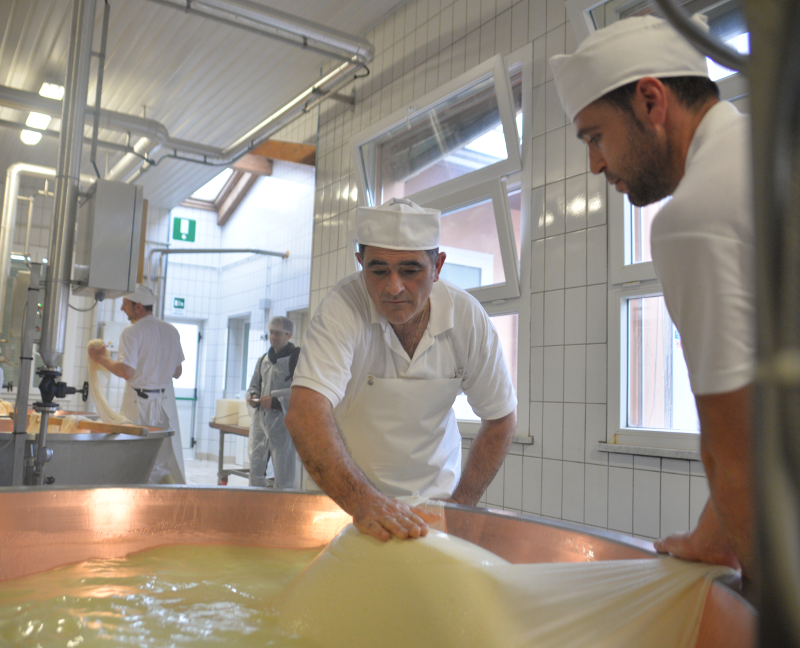 When asked what characteristics a good cheese maker should have, Danilo Rossi answered: “First of all, they must be a good person, because they help make a high-quality and incredibly valuable product like Parmigiano Reggiano and they are guardians of other people’s things, then they must be humble enough and be able to recognise their mistakes. Furthermore, they also need the help and respect of the members, which they must reciprocate”.

“However, I believe that behind everything there must be a great passion for your work and everything involving agriculture, because the production cycle of Parmigiano Reggiano starts from the land and finishes in the cheese factory”. 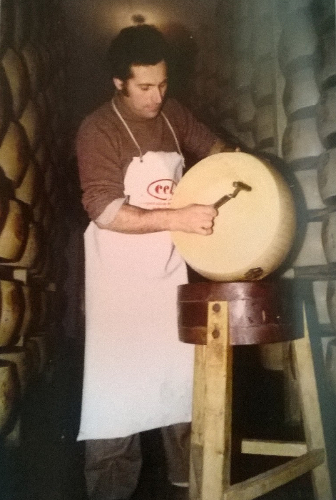 Born in Castelnovo Monti on 3 October 1946, Quinto Magnani started working as an apprentice in Roncroffio in 1968 and stayed there until 1972. In 1973, he started working as a cheese maker in Talada, staying there for one year before then moving on to Savognatica di Carpineti, where he remained for four years before arriving at Fornacione in 1978.
“When I was in Savognatica, in 1977”, Mr Magnani recalled, “the managers of Fornacione came to find me, who I already all knew and when I saw them from the window, I told my wife to tell them that I was not there, but she persuaded me to let them in. I showed them the cheese and they offered me a job at Fornacione.
I had known about the history of this dairy farm from when I was in Roncroffio and I knew that a cheese maker, Irmo Casini,had been there for 26 years and I thought they had to be good people.
My wife invited them to come back and see us, promising that we would think about their offer. When they came back, I said yes”.
When asked whether there are any secrets to explain his success as a cheese maker and that of Fornacione, Mr Magnani smiled: “There’s no secret, but a series of several factors, with most notably, excellent consistent milk which, partly due to this, is better and easier to work, as well as the perfect integration between the cheese maker and the Board of Directors of the dairy farm and the ability to change the processing based on the type of milk you have”.